Just about everyone has at one time or another had that moment of panic when we froze and wondered, “Did I turn the stove (or oven) off before we left?” We could be just running up to the nearby store or on our way out of town. No matter how hard you try to retrace your steps, you cannot be totally sure that you shut off your stove or oven.

You don’t ever want to take any chances so you turn your car around, go back home, and in most cases, you did shut the appliance off. But what would happens if you didn’t go back to check and you hadn’t shut it off?

What Would Happen If You Left an Electric Stove On?

You will be happy to know that stoves are made to “run indefinitely.” John Drengenberg is an electrical engineer who is not only certified he is the Consumer Safety Director at the Underwriters Laboratories, also referred to as UL.

Constant testing was conducted on both types of stoves, gas and electric, to make sure that once the temperature of the stove reaches the desired level, it remains there without increasing.

The stove itself is not what would generate a fire, it is what was left on the burner or on the stove itself that could result in flames. If you leave a pot of simmering stew on the stove you can’t really set it and forget it. If the pot is left uncovered and all the liquid evaporates, the contents of the pot can reach a burning point and become a fire hazard.

What Happens to a Gas Stove That Is Left On?

If the stove that you have left unattended runs on gas, you could have a problem. If your oven has been left on for a short period of time, check to see if there is still a flame. If there is a flame burning you just burned through some fuel. If there is not a flame you should be on the safe side and call the gas company and the fire department.

When gas is left on it would be highly receptive to anything electrical or anything that could generate a spark. The gas fumes could also fill your home and you would need to air each of the rooms out so you would not be left inhaling carbon monoxide.

What About Your Oven?

If your stove has been left on it is because you were cooking on it and forgot about it. You could have removed the pot, pan, or teakettle you were using and you just forgot to flip the knob to the off position.

The difference if your oven was left on could be from a couple of different reasons. You may be at home and you were preparing something in your oven and fell asleep. If you’re lucky you will only wake up to a smoke alarm and not a full-fledged fire.

Another reason your oven could be on for too long of a time frame is if you are trying to warm your house without using your heat. This is a very dangerous situation and is not recommended whether you have an electric oven but especially if your home appliances run on gas.

What Would Happen If You Left an Electric Oven On?

When people use their electric oven to heat up their home they leave the oven door open so the elevated temperature can create warmth in the home. This is definitely not something you should do.

But the main danger lies in the potential for a fire if anything near or in the stove were to reach temperatures that could get out of control.

What Happens to a Gas Oven That Is Left On?

Leaving a gas oven unattended while it has been left on is even more dangerous. If you are not at home it could cause a fire but if you are home you could be susceptible to carbon monoxide poisoning and not even know it.

If you are at home and haven’t discovered that your gas oven is still on, you will experience symptoms that you may be suffering from carbon monoxide poisoning. If you feel confused, your vision becomes blurry and you are out of breath, check to see if your oven is on and call 911.

One way to avoid this particular occurrence is to get a carbon monoxide detecter. A smoke detector is a good idea for either type of oven.

Does Your Stove or Oven Have an Automatic Turn Off?

The answer to this question depends on a couple of things. Some manufacturer’s did start adding an automatic shut off feature on their ovens but they were implemented beginning in the late 90s. The years were different for gas appliances and electric models.

The only dependable way for you to know for sure if your stove of oven has this automatic turnoff feature is to check the manufacturer’s website and look up the model number of your appliance.

You can also check the manual that came with your stove or oven. If it does have this feature it will also tell you how you can extend the turnoff time as well as how you can turn it off completely.

What Apps Can Turn Your Stove or Oven Off While You Are Gone?

With all of the worry that we face whenever we leave our home or even just falling asleep while we are cooking something while still at home, there are definite products you can purchase that can resolve this problem and restore your peace of mind once again.

While these devices are a helpful option for most of us who second-guess ourselves about whether we left the stove or oven on accidentally, they are vital to anyone who is suffering from early onset of dementia or is taking medication where memory loss is one of the side effects.

Most people take the time to have a smoke alarm system installed in their home. It would be a wise investment to pair this with an automatic stove shut-off device. The smoke alarm will work together with the shut-off device to keep you and your family safe from a house fire.

Some fires may be beyond our control, but with these two systems in place, you won’t have to worry about an accidental house fire that could have easily and inexpensively been prevented. 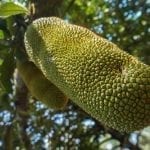 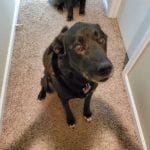 6 Reasons Why Your Dog Is Suddenly Following You Everywhere 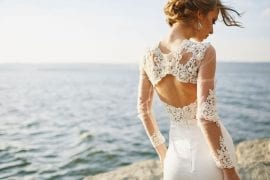 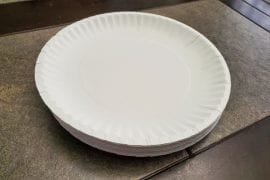