The cantaloupe is one of the most popular fruits available all around the world. However, it does not get as much recognition as other fruits such as apples and oranges, but while it may have an odd-looking appearance, the cantaloupe is still one of the tastiest fruits that you are going to eat.

In fact, if you have tried it before, you should consider nabbing one the next time you visit your local grocery store. The produce section is probably going to have a healthy stock of cantaloupe available.

In fact, if you have more space available on your property, such as a farm or a countryside ranch, you can also choose to plant some cantaloupe on your own. That way, you can pick fresh cantaloupe from your garden and have it right there and then!

However, one of the many issues that people face is ripening a cantaloupe quickly. Simply put, it’s difficult to identify a good melon from a bad one. Because of the incredibly tough and netted rind, it’s not easy to quickly identify whether a cantaloupe is ripe enough or not. If it’s ripe, it’s going to taste amazing. But, if you end up selecting an unripe cantaloupe, it’s really going to be hard for you to bite into.

It’s important to note that the sugar content of the cantaloupe does not change as it ripens with age. So, while it isn’t going to get any sweeter after ripening, it’s going to be at least softer for you to bite.

Moreover, the melon is going to become juicier as well. So, while you can’t “ripen” the cantaloupe after it has been picked, what you can do is make it softer and juicier so that it is easier and more desirable to eat.

First and foremost, you need to know that cantaloupe contains a healthy amount of antioxidants, minerals, and vitamins. These can offer a wide range of health benefits to people. The antioxidants in cantaloupe protect your cells from damage, which can eventually lead to cancer and a wide range of other conditions if not cared for.

The antioxidants in cantaloupe also protect against oxidative stress. For those who do not know what that is, oxidative stress is usually caused by free radicals. These are molecules released by the body during metabolism, and usually tend to collect in the body. Over time, they can cause quite a bit of harm to the body. The antioxidants in cantaloupe free them up so that cell damage can be reduced.

Some of the antioxidants found in cantaloupe include vitamin C, choline, zeaxanthin, lutein and selenium. On top of that, the consumption of cantaloupe is also known to reduce the effects of age related macular degeneration. In a study that was published in 2009, it was shown that the combination of lutein and zeaxanthin, both of which are found in cantaloupe, can reduce the damage to the eyes, which eventually leads to AMD.

This might come as a surprise to some, but consuming cantaloupe is also linked with the regulation of blood pressure. The potassium, the vitamin C, and the large amount of fiber that’s found in cantaloupe can all combine to improve a person’s heart health drastically.

It is a known fact that consuming foods that are rich in potassium can reduce your blood pressure. According to the American Heart Association, it is recommended that an average adult consume at least 4,700 mg of potassium a day to keep their heart healthy. It benefits the entire cardiovascular system after all.

A small cup of cantaloupe contains around 473 mg of potassium, which is roughly 10% of your required daily intake. When you complement it with other foods that are rich in potassium, you will be able to provide your body with the required level of potassium needed.

The water content in cantaloupe is quite high. Not only this, but it also contains a high amount of fiber, both of which are essential for digestion. If you are not consuming enough fiber, it’s going to cause issues with digestion, and your metabolic system will soon start to suffer. Complementing your diet with a healthy amount of cantaloupe or any other melon is an excellent idea, because it provides your system with a natural dose of fiber and water.

Now that you know the major benefits that cantaloupe offers, it’s time to learn how to ripen the cantaloupe fast.

The best thing to do to quickly ripen a cantaloupe is to apply fertilizer and water the plant regularly. It has to ripen on the vine before you pick it up. Moreover, cantaloupes are heavy, so in some cases, it might start to stretch and break off the vine. If you notice undue tension on the vine, you need to provide some sort of support to the cantaloupe until it has ripened.

So, before you pick a cantaloupe, you have to take a close look. In the beginning, you will notice a green tinge on the cantaloupe. That’s when it is still unripe, so wait a few days. You will notice the green tan going away, and eventually being replaced by a yellow to a yellow-gray hue. The netting will also become less prominent. More importantly, when you smell the cantaloupe, it’s going to give off a pleasant aroma.

However, you have to pick it off quickly once you notice it’s ripe. If you don’t, it may over-ripen. If you take a close look at the rind and notice that it has become incredibly soft and has developed a pale shade of yellow, the cantaloupe has probably over-ripened. In the simplest of terms, you should check the cantaloupes closely from the 70th day of planting until the 100th.

This is the time when most cantaloupes usually begin to ripen. Once you have picked up the cantaloupes, you would want to eat them within a few days. Store the cantaloupe in a refrigerator after it’s been cut, because it’s going to go dry and get hard after a few days. Freshly picked cantaloupe must be consumed as quickly as possible.

If you have picked the cantaloupe and realize that it’s not ripe, you might have to improvise. While it’s not going to get any sweeter, you can still make it juicier. Place the cantaloupe in a brown paper bag. Ideally, you would want to select a bag that is not too tight. It should have enough room even after putting in the cantaloupe. Then, just close the top of the bag after putting the melon in.

This is going to lead to the production of ethylene gas, which will remain concentrated within the confined space. Eventually, this will increase the pace of the ripening process. Don’t use a plastic bag, because they are not porous.

Next, you will want another fruit in the bag, such as an apple or a banana along with the cantaloupe. This is going to increase the production of ethylene gas in the bag, which will ultimately quicken the pace of the ripening process. Both of these fruits are known for the sheer amounts of ethylene gas that they produce, so they are a better choice as compared to other fruits in the market.

Then, you will want to make sure that you leave the melon out in room temperature as it ripens. The process is usually going to take around two days, but it primarily depends on how quickly you picked up the cantaloupe off the vine. After every couple of days, you should open the bag and check the ripeness of the cantaloupe.

There’s a pretty simple way to do it: just use your fingers to check how soft the rind has gotten. Make sure that no actual part of the stem is on the melon. If you notice any stem on the melon, it’s best to give it up, because it shows that the melon was harvested before it actually reached maturity. Then, look for any tears near the stem end, as they also indicate an early picking.

If you notice any soft or moist spots around the cantaloupe, you should also avoid eating it. In essence, the fruit is now over-ripe. However, if you don’t notice any of these anomalies, you can have the fruit!

I have a bachelor's degree in construction engineering. When I’m not constructing or remodeling X-Ray Rooms, Cardiovascular Labs, and Pharmacies...I’m at home with my wife, two daughters and a dog. Outside of family, I love grilling and barbequing on my Big Green Egg and working on projects around the house. 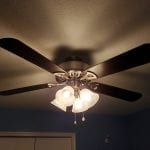 How to Keep a Room Cool That Faces the Sun 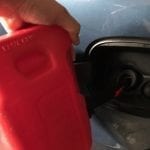 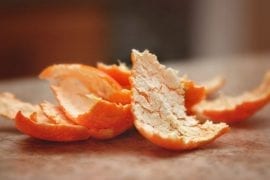 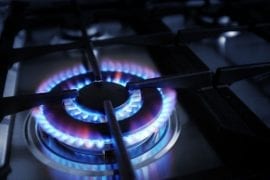 What Happens If You Leave the Stove or Oven On? 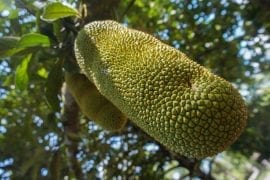