Have you ever worn clothes that have a musty kind of smell? It’s not uncommon at certain times of year for clothes to develop an odor that is not altogether pleasant.

Sometimes this is because the washing machine isn’t cleaned. Other times, it’s because the clothes are damp and not properly stored. It can also be because other strong smells in the home, such as cooking or pet smells, seep into the fibers of your clothes.

What Causes the Smells?

There are any number of causes of bad smells in clothing. The fibers of clothing tend to pick up strong scents such as cigarette smoke and cooking. If you’re stored your clothing improperly, these smells can easily get into the clothing fibers.

Damp clothing is also a good home for the growth of mold. As the tiny mold spores grow within the fibers of the clothing, they can stink up the clothing and the drawer they are packed in. Even clothing that is hanging up in a closet can become musty and smelly, especially if it is damp or absorbing strong smells.

Why Not Wash Them?

You could simply wash your clothes but it’s not always practical. For example, in this day and age of environmental awareness, it’s wise to save on water. This not only helps to preserve the environment but also cuts down on household costs.

The good news is that there are a number of really good ways to deodorize your clothes without washing them at all. If you want to save water and money, here are some ways in which you can make your clothes smell good without resorting to using your washing machine.

1. Let the Air and Sun Do All the Work

One of the easiest ways to remove musty odors from your clothes without washing them is to hang them out in the air and the sun. You’ll be surprised at just how effective a fresh breeze is at blowing away all of those odors.

If the climate allows, a spot of sunlight can also do wonders. The UV rays will actually help to dry out any dampness and will also kill bacteria that may be causing those foul smells.

If it happens to be raining outside, this is not always practical so you could hang those items of clothing in front of a pedestal fan or other fan if you have one. It’s not quite as effective as the combination of sun and fresh air but it can definitely help to blow away many odors.

It might sound crazy but mixing alcohol and water in a spray bottle can do wonders too. It can’t be any old alcohol, though. You won’t want to be using red wine, for example!

The best idea is to buy a bottle of very cheap, high-strength vodka. Mix the vodka in with water at a ratio of approximately three parts of vodka to one part water. Spray the smelly area of your clothes to get rid of the smells.

The great thing about vodka is that not only does it kill lots of bacteria and get rid of smells but it also doesn’t leave any smell behind at all once it’s dry.

Once more, this might sound strange if you’ve never done it before but putting those smelly clothes in your freezer can be as effective as any other method of getting rid of smells.

Just place the clothing in a freezer bag and then leave it to get cold for a few hours. The benefit is that the cold temperatures will kill many kinds of smell-causing bacteria and leave your clothes smelling quite fresh. You can even air them in the sun outside for a while once you’ve done this to warm them up and make sure that they smell as fresh as possible.

In recent years, baking soda has been touted as a great and cheap method for doing all sorts of things around the home, including cleaning. One of the other interesting properties that baking soda has is that it absorbs bad smells. In fact, lots of people use it in their fridges to absorb strong food smells.

The best idea is to mix the baking soda into a paste by combining it with water. Once you’ve made the paste, just liberally spread it on the smelly areas of your clothing and leave it to dry. You can then just brush it off and it will have absorbed the bad smells.

What better way to make your clothing fresh than to use fresh lemon juice? If you mix the lemon juice with water, you can soak the areas that are mustiest and then leave it to dry in the air. The lemon will kill bacteria and make it smell great.

6. Make Use of Your Coffee Grounds

If you love your coffee and you have leftover coffee grounds, you can put them to work with your smelly clothing. As with the baking soda, place those coffee grounds in a bag with your clothing. Leave it overnight and then remove in the morning.

There’s no need to even shake the bag as the coffee grounds will simply absorb the bad smells. Just remember to air it out for a while afterwards.

7. Essential Oils Are Your Friends

Those essential oils you love aren’t just good for making a room smell nice. They can also make your clothing smell nice and fresh.

All you need to do is mix a few little drops of oil with water in a spray bottle and then liberally spray your clothing. Essential oils are so strong that they’ll tend to overpower any bad smells. This is also a great way to freshen up day-old clothes that may not smell bad but might just have a little body odor attached to them. It also means that you don’t have to do a load of washing unnecessarily.

Some essential oils are better than others for this purpose; these include lavender, grapefruit, and lemon.

It’s not uncommon for clothing to become musty and smelly at certain times of the year. If your clothes are musty, you can easily save on water by getting rid of the smells with any of the above methods.

If your clothing keeps on getting that musty smell, you should probably also check the way that you’re storing it. For example, clothing drawers can also become musty and smelly, especially if mold is present.

In these cases, you can use baking soda or even coffee grounds to absorb the smells. You can even use a combination of vinegar and baking soda to clean out the drawer and ensure that your clothes smell fresh going forwards. 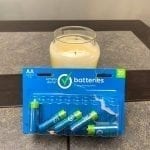 Why Does My Cat Scratch the Wall? (And 4 Ways to Stop It) 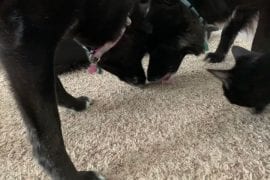 Why Does My Dog Lick the Carpet? (And How to Get Them to Stop) 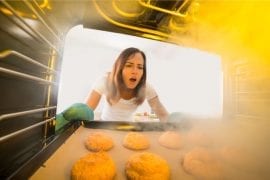